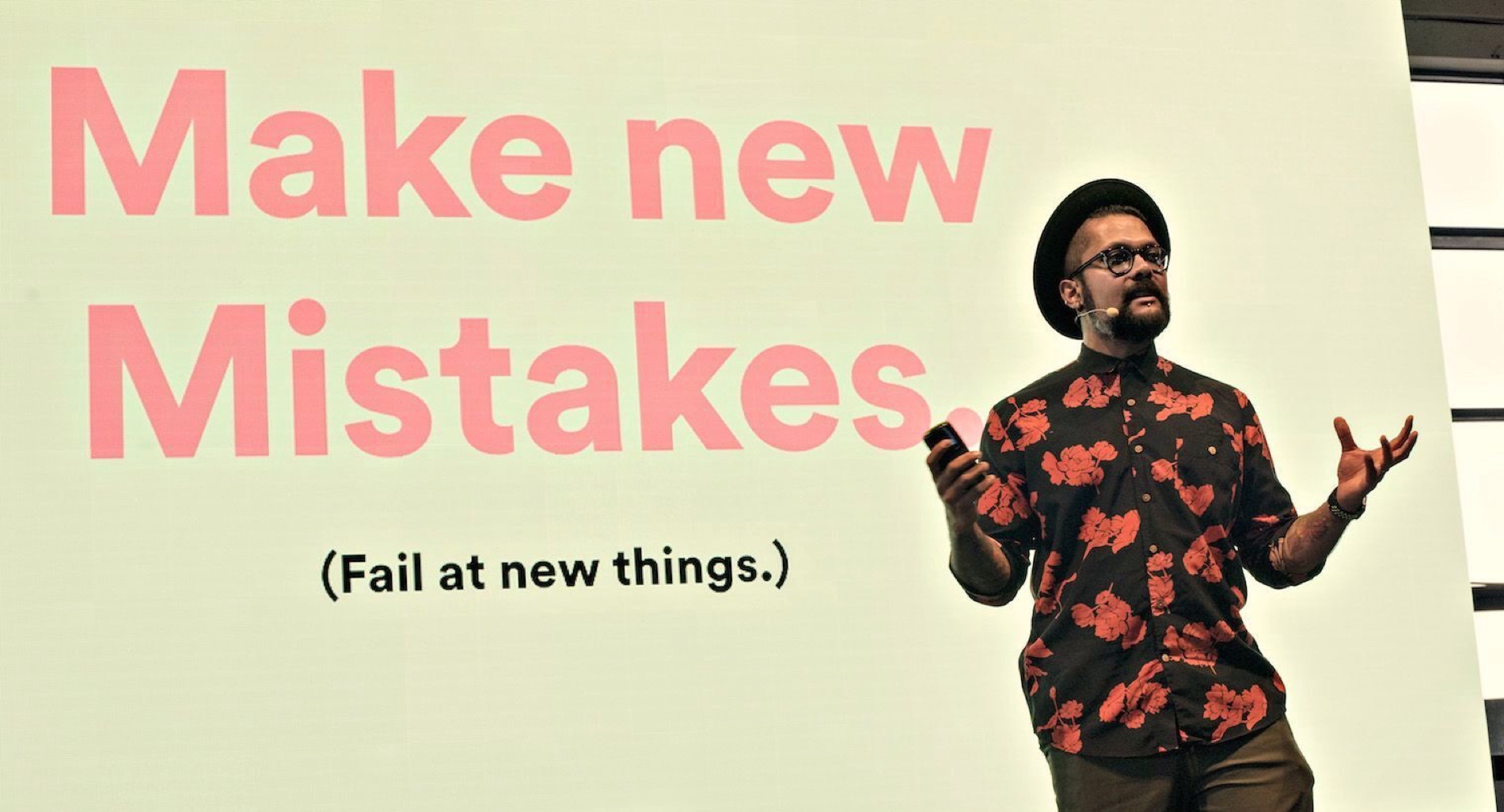 How New Collaboration Tools Are Changing the Role of the Designer

Rahul Lindberg Sen is Head of UX & Research at Volvo Cars Labs. Together with his team, Rahul focuses on future innovation, thinking outside the box to invent desirable products that don’t exist yet. At Design Matters 17, he explained how embracing failure can be extremely constructive. Since then, he has inspired managers and designers all over the world with his talks.

We met with Rahul again to discuss how the role of the designer is evolving as new tools for collaboration are continuously introduced into organizations; but also to learn how he makes sure everyone in his team is on the same page.

Please note that all opinions stated in this interview are Rahul’s personal ones, and do not reflect those of his current or former employers.

How do you see the designer’s role in the future in relation to collaboration and practices?

We have designers, business developers, engineers — people of all kinds of disciplines — collaborating in the same files. So, at the moment, one of the roles of the designer is creating guidelines, tools, and structures to enable a more collaborative, participatory process. We’re also seeing how the classic definition of the designer as ‘synthesizer’ is becoming more and more evident.

The designer’s job is becoming more like the conductor of an orchestra, where everyone is playing various instruments. Designers are trying to bring these perspectives together in a harmonious way that doesn’t come off as noisy.

With everybody working in the same files, how do you keep consistency and coherence in the things you’re creating?

At Labs, we are trying to use a process playbook, a general method that helps us explore the future of the world, where we explore the future of the world and think about services and concepts that don’t exist yet. In doing that, we have people with a variety of skills coming together who try to solve future problems that we don’t even know exist.

When you work with a tool like Miro or Figma, in absence of structure, it basically becomes an infinite collaborative digital whiteboard. The designer’s job is to try making some kind of consistency and sense out of all of that creativity since everyone has ideas.

The designer’s job is evolving to capturing, comprehending, and then communicating ideas or models in a way that is shareable and understandable by others. How do we take what is in your head, and represent it in a manner that is communicable to someone else? That’s the collaborative role designers are playing. Here at Volvo, we’ve converted our playbook into templates, so that everybody can talk the same language using the same kind of tools.

What are the biggest challenges for designers when working with so many different disciplines?

The designer’s role is changing so fast. There used to be a time when designers would go off to “do” design and then come back after a couple of weeks to present their work to the stakeholders. They would receive feedback, then go back, and get time to do stuff. Right now, the challenge we are facing is that the spaces between designer, engineer, product owner, stakeholder are all blurring.

When you’re creating in real time the content is constantly editable, shareable, commentable, and presentable. Because your work is going to be edited and debated in real time, it’s very important that you’re able to think of what you would like the discussion to be about and start to design the discussion rather than the artefact.

So, designers need to manage a conversation besides designing, right?

Yeah. As designers, we have a tendency for sophistication because there are so many tools we can use today, which is like playtime for us. But often, the discussion starts to become more diluted because there are no clear decision points, and anybody joining the process sees everything all at once.

That’s why I ask my team to consider taking a more phased approach on how we develop the discussion itself. We are not trying to design the whole experience at once, but rather, we want to get to the soul of the idea very quickly, and have that as the focus of the discussion. Once we have our basic agreement and a critique around that, we can start to broaden out the idea better and better.

I think designers need to work on a delicate balance to make sure that we’re never letting the tool carry us. In fact, it should be us carrying the tool.

What’s your favorite tool for this kind of collaboration?

Even though I’m really fascinated by Sketch and Invision, my oldest favorite still remains Google Docs. A simple Word file is sometimes less intimidating because everybody can write words and start to engage. By doing so, you start to manage the conversation early on before getting carried away with pixels, line heights, etc. Whenever I want to clear my head, I just open a simple Notepad document or Google Docs and start to write things before getting carried away in software. Words are my biggest design tools.

In terms of designing for collaboration, what do you think is the most important thing for designers to think about?

Design used to be seen as the primary actor on stage, but speaking in UI and UX terms, it’s becoming the collaborative theater. The designer’s job is going to be designing the right stage and the right set — using the theater analogy. I think designers will still need to be really good at making a beautiful, useful, and delightful experience, but more and more, our job will be to bring the right people at the right time together to act in a collaborative manner.

Design is now creating the space for everyone to have a conversation. But we’re not trained that way, we’re figuring this out as we go along. Part of my job is to help the company fail and learn fast. In today’s age, all of our creations are all instantly out there, and that’s the power of these tools, but there is also the danger that we can’t manage the conversation as closely as we used to before.

Our challenge is to make the right people script the right story and bring the story to life making everyone feel empowered and using everyone’s skill-sets. It’s important to be a synthesizer more than an individual contributor.

Now that we work in the same canvas and get instant feedback, we are not the only artist anymore. What do you think about this change?

Maybe because I’m a little bit of a purist and have a background in architecture, I’m a bit nostalgic about certain aspects of the past when there was a certain value in giving experts the time and space to do what they do best. The quality of your product is always going to be on a different level when you are able to really meditate or focus on your craft.

The joy of just being in a room with a few other like-minded people, with coffee, candy, and markers to work towards the same goal and with the same level of craft is irreplaceable. The things we’re creating, that are trying to mimic that to help for a scaling, digitally enabled, faster, and democratized world, are great, but there is a trade-off. My concern is that the quality of the artifacts we are creating might change. I hope for the best but I am also paranoid it might oversimplify everything down to templates, or to standardize.

What are your thoughts on the theme “Are we on the same page?” which we will discuss at Design Matters 19?

I think it’s a super relevant topic to address right now in a big company like ours, with 40,000 people. The collaboration and conversation that should happen are more important than the final artifact. In most large organisations, it is so common that people ask “who’s working on this? Why not us? Should we collaborate? Are we on different paths here?”.

Most companies I’ve had to interact with in recent years have always had the same challenges; does everyone understand what is expected of them? Is everyone able to drive towards uncertainty with that in mind? Getting people on Slack or Figma is literally what we’re trying and at Volvo Cars. We don’t want to wait for six months to have a conversation to later realize that three teams had exactly the same idea.

Protected: Insights for the Future – Interview with Futurist Nicklas Larsen

There is no excerpt because this is a protected post.