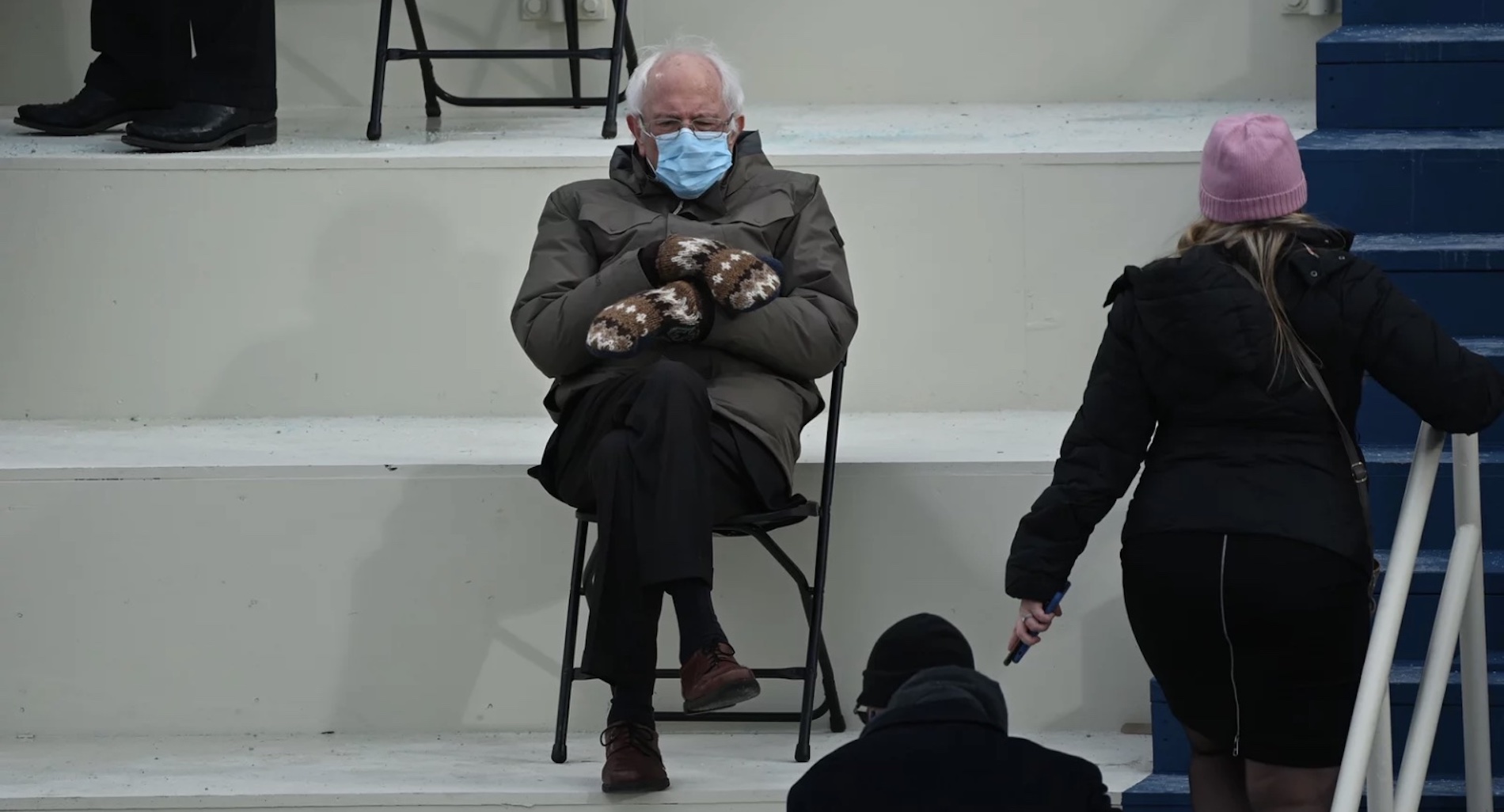 Whether you identify as liberal, communist, conservative, or as a gloves-not-mittens kind of person, this will help you sort out why Bernie’s mittens should make a comeback.

The images were imprinted in our collective memory. The day Joe Biden and Kamala Harris took office as President and Vice President of the United States, something peculiar and seemingly small happened. All this in a setting of thousands of flags, broad smiles, and establishment women wearing dazzling colored outfits. Hollywood could not be missing: a show directed by Tom Hanks, including Lady Gaga, Jennifer Lopez, and Bruce Springsteen among others. The event was coordinated by advertising and media giants who took care of a spotless affair.

But in the middle of the posh happenings, someone showed up on the scene in a snow coat, hand-knit mittens holding a manila envelope: Senator Bernie Sanders, who sat apart from others, adhering to social distancing rules and good manners. Just an hour later, a torrent of memes and phrases of affection intertwined with iconic images, plagued the internet. At the center was the Senator from Vermont who became a “star”, on the most important day in the history of Joseph Biden Jr.

We still remember you, Bernie’s mittens

The hand-warming choice that stole our hearts, and the spotlight in the meme-game, was made by Vermont elementary school teacher Jen Ellis. Bernie Sanders got the mittens as a gift, which is what made the whole look even more sentimental and memorable: to think that, unlike many other politicians or celebrities out there, he went on to wear a gift from one of his followers.

But it wasn’t just the cozy homemade feeling that got the Internet upside down with the mittens. The avalanche of memes placing the rather apathetic image of Sanders kept pouring. A software engineer even created an app to have Google Street View placing Bernie with his mittens anywhere in the world.

As the buzz over Bernie’s mittens slowly decreased, a funny product emerged, presenting the possibility of owning your own Bernie outfit, ​​for 85 USD (which represents 12 hours of labor for buyers who make minimum wage, paraphrasing Bernie).

While on that memorable day Sanders took the indie sartorial vibe, we should not forget that politicians are highly good at calculating their every move, including their fashion choices as extensions of their personalities and values. Bernie served the world with simplicity, realness, and humility. Whether it’s a highly calculative move or just the way he is, it doesn’t matter. We saw Prada, Ralph Lauren, Marc Jacobs and more; but we connected to the mittens. Fluffy, recycled, chunky-as-your-grandma’s-bosoms-mittens. And we need them again to help us bounce from the post-pandemic world to a future where we don’t care about superfluous fashion, but meaningful design instead.

But the Internet never forgets, and we can always extend our imaginary hands to grab the album with memes from that glorious day:

What factors influenced a 79-year-old white man to become a fashion icon? Many point out that Sanders drew attention to himself on purpose. But perhaps, could it be that in a super globalized world, something handmade is an indicator of resistance that instinctively brings us together?