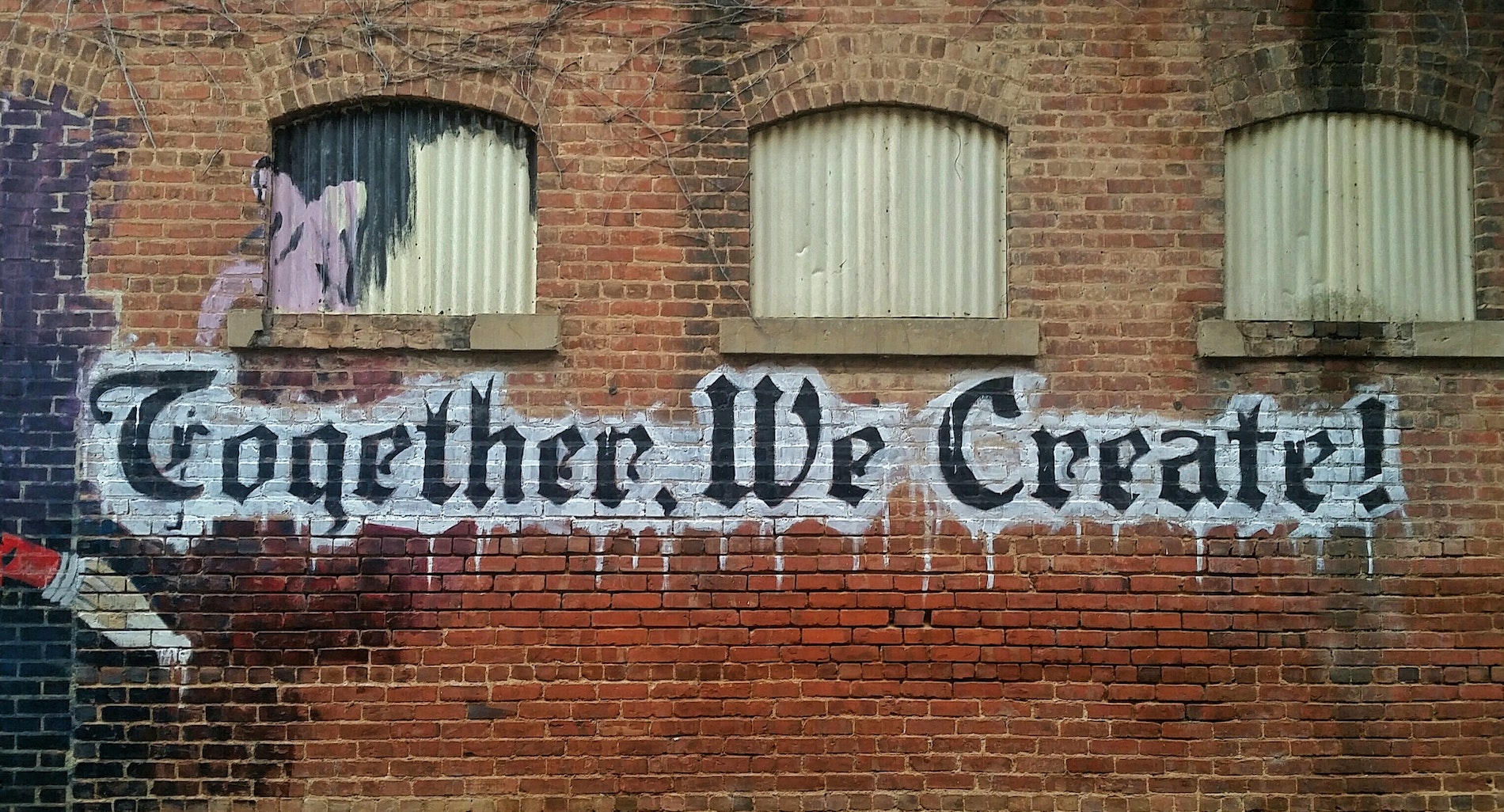 The path to creating a design community in Mexico City and the creation process of leaders and designers.

In 2017 I received an invitation to use dribbble, a designers community on the internet to upload some of your work as quick shots. This platform was pretty cool; you can only focus on the essential graphics and share them with other designers. The access was only with an invitation, which made me feel like a VIP designer at that time.

I was working, as usual, and when I checked my email, there was something interesting in my inbox, a designer dribbble invitation event, you know, a meetup. The meetups started to be so common in Mexico and USA, so I didn’t doubt to go. Meanwhile, @jaime, a work friend, contacted the dribbble people to organize some events in Mexico City. That’s how everything began.

At the first meeting, I fell in love with this starter community of designers and non-designers who wanted to talk about design in tech. I got a client from that meeting and reconnected with @jaime as a collaborator, now a friend. I said to him that I wanted to help, and that’s how everything started.

Now, we are a community of 1500 designers and interaction lovers, 4000 participants in 40 sessions, 10 people that help grow the community, and we have close relations with coworking and tech companies.

In the following months, we started schedules and rules that formed this fantastic community. Every month; we have a new version of our new project together. Different places host the event, like my studio sable.mx and other coworking spaces like @cardumen, @centraal, and the @platzi offices.

The community has a primary principle: sharing knowledge about design daily challenges. From the beginning, it feels so many times that we are like a support group for the injustices or for how we feel unappreciated in our organizations.

In the beginning and up until today, the understanding of design topics it’s tough. Design is a big word to use; people can get confused with many different design careers or misconceptions about the role of a designer. This is why our community focuses on talking about this topic and producing a better world for those in the design world.

I personally didn’t come with answers. I was merely the connection between the design community and other designers. And that’s how we started to bring more people (designers and non-designers) to talk about design, interaction, illustration, code, new techs, management, and entrepreneurship. It felt like a safe space to make the simplest questions that solve the biggest problems. I love it ❤️.

You could think that creating a community is only about the organization and maybe not too much design, but in fact, I realized that I learned a lot about the challenges many designers face in their jobs. It was great to help the people give value to their organizations and understand their roles better, as to value them.

1-year passed, and many meetups have been completed; I started to consider if there was some way to curate the content. At that time, @jaime was too involved in his company, so I felt alone but inspired to know more designers and create an excellent space for talking about design.

My solution about the content was to divide the meetup into two parts; in the first one, I will explain a 12-chapter deck about how to create a tech project from ideation to deployment. So, if you went to all 12-month meetups, you will have an entire class on creating a tech project. That gave a complete view of how designers are connected to other parts of the workflow, what others expect from us, and how we can be better professionals.

In the second part of the meeting, we invited some experts who knew something about the workflow. We talked about design and how it impacts all the tech workflow on so many levels and in so many ways. More people started to come and our audience increased. I was excited and very happy because people went to the 12 meetings that year. They got to learn about creating their projects and why it’s crucial to choose strategic decisions and not follow the “let’s code from the first day” sprint.

I’m not going to lie to you, dear reader; I put a lot of effort into this because I have a big goal involved. I wanted to show and prove how I can impact my community to win the Google Expert Badge in Interaction Design. Nowadays it’s discontinued, but I made it, I proved it and won the badge for that global program that recognizes individuals who are experts and thought leaders.

As I said, some people were in those 12 sessions between 2018–2019; one of them was Abril, a junior designer who had many questions from the first time she showed up at the meetings. I remember when she approached me and asked about design systems and how her work was difficult to share.

To me, Abril represented the way I was feeling years back; she constantly went to the meetings and learned more. She evolved every session and came with new questions every time; that’s why when I finished the 12º meetup in 2019, I chose to offer her the opportunity to lead the community.

If you read my other post “sable software studio creation,” you will understand better why I’m so motivated to do this type of work, but the main idea is that I don’t want to be alone in creating something for this world. I enjoy being part of the growth path of curious people like me. I remember that coffee time when I asked Abril to lead the community. She said, “I wanted to be like you guys, to hang out with that kind of people.”, as if we were rockstars! But in some way, we were inspiring people; and that’s how I noticed the impact that I could have on my nearest community.

After a while, I moved to Tokyo and tried to follow and support how Abril organized the meetups in Mexico. After only two meetups, she started to do it on her own, and today I consider that she learned to share, listen, change, be brave and find her own path as a leader. Nowadays, she works as a product designer at fintech.

Now that I look back while writing these lines, I feel very proud, because I tried to create a space for me and other designers who were trying to learn how to be better every day.

Today, I still find myself trying to solve the questions about “What is a designer” and “what is the value of design,” but for sure those magical community moments with beers and pizzas gave me the tools to understand the world and to be a better designer.

You can join the conversation at Design Commit (former DribbbleMX) by clicking here.

Raúl González is a Design leader, Product designer, Code-designer, Creative & Visual Director, Co-founder @ SableDigital. He loves to design systems and processes by code, creativity, and research. He shares knowledge on his YouTube channel, Twitter , and blog posts on Medium. He’s also collaborating at @DribbbleMX meetup and the StartupBus.

Cover photo: “My Life Through A Lens”, by bamagal